The contemporary and Religion, Art, Nature

One of the typical aspects of the contemporary is the refusal of what is eternally true, due to the pathos of absolute innovation.

In the European civilization, which has left behind the contemporary, there were three great ‘regions’ of experience, which claimed the ‘highest’ form of temporality. One is Religion, a thing imbued with the past. The contemporary refuses aspects related to religion, precisely because of this need for eternity that all ‘religious’ institutions sought and aroused in the human heart. Another one is Art. What does contemporary art do, if not continually claiming its radical difference from the Art of the past, its ‘otherness’ from the forms which have been handed down? Contemporary Art is ‘contemporary’, precisely because it refuses the codes and expressive forms of the past. Art was exactly one of those eminent forms of human activity, which desired eternity, which built eternity. The third great region is Nature. The contemporary hates nature. And why? Because Nature is the bearer of an infinite temporality, it is very ancient and extremely new at the same time. The first thing we experience, when we are in the shade of ancient trees, in front of the mountains, or in front of the sea, is our temporal ‘littleness’, our feeling of being ephemeral, in the presence of the infinite durations of Nature. It is clear that the contemporary demands the eradication of these regions of experience.

Once History, the continuity of the leading narrative and also the ordered causality of events are abolished, everything appears to be ordered by chaotic paradigms. In Nature as in History, there is no longer linearity, there is no longer a A fact functioning as the cause of a B fact. This ‘nineteenth-century’ paradigm is not relevant to our time. We live in the time of chaos, the chronic time of Babel. Once causal and historical connections are missing, once the ordo temporum becomes fragmentary, this space becomes a space of anachronism. Everything happens in a contemporary way, because the distance and the difference of times no longer exist. Times collapse on each other – and the resulting chaotic effect is both exciting and disturbing at the same time.

But there is also a more interesting way of thinking about this ‘anachronism’. Thinking of the world of Arts, we shall quote a famous example, evoked by Georges Didi-Huberman himself. In 1990, Didi-Huberman published an extraordinary book dedicated to the great Renaissance painter Beato Angelico. Georges Didi-Huberman elaborates a very strong theory of a surprising experience that, after all, everyone has when visiting the Convent of San Marco in Florence. In some parts of the frescoes, under the ‘figurative’ scenes, Beato Angelico paints a number of squares imitating marble. Didi-Huberman notes how these faux marbles look tremendously like Jackson Pollock paintings. How is it possible, he wonders? How is it possible that a twentieth-century fragment is inscribed in the expressive code of a Florentine Renaissance painter? The temporal dyscrasia generated by this experience implies that History of Art no longer supports our understanding of what is going on from an artistic point of view, in the Convent of San Marco. In fact, History of Art is a well-ordered narration of expressive codes, unfolding over time, according to which there cannot be a cause-and-effect link between a fresco from 1440 and a painting by a mid-twentieth century American artist. While the temporal collapse of codes is unreadable through the paradigm of the History of Art, it becomes plausible as seen through the ‘anachronic’ fragmentation of the contemporary. In claiming the liquidation of the History of Art and the historical-causal links of its codes, the contemporary also provides us with the coordinates to understand these strange temporal collapses. Suddenly, like a flashback of secular proportions, a twentieth-century American painter finds himself reterritorialized and recontextualized in the Italian Renaissance – and vice versa. Part of Beato Angelico’s production becomes the appendix of a pictorial production of the twentieth-century American avant-garde.

The interest of this artistic link does not lie just in the existing analogies between the two codes or between the two authors; it does not consist only in thinking that there is a clear relationship between these two times. It consists above all in seeing how the contemporary is exactly this: claiming such an experience, feeling that that recognition, in the sudden intersection of times, is the experience of the contemporary. The contemporary is not only the place of the intersection of the most diverse times, but it is the name to which we entrust the problem of the absolute interconnection of heterogeneous times.

All this also happens synchronously to another aspect of considerable importance, which we hardly notice, but which is fundamental to understanding who we are. All this takes place in the era of the triumph of technoscience, which, according to an extreme naturalistic and reductionist vision, simply determines us as efficient biological machines. However, in determining us as mere biological machines, the field of technoscience eludes our consubstantial relationship with temporality. One of the obvious aspects of our tradition of thought is to defend the idea that we are not only made up of flesh, cells, molecules, lymphatic systems, proteins, or electrons, but we are made of time, we are duration. The link between conscience, memory and identity constitutes a fundamental plexus for the constitution of the human as such. When the human being loses its memory, when it gets old, it fully becomes that purely biological machine that we are led to think of as a fundamental model of our nature. 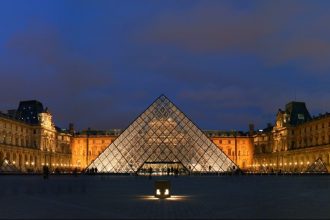 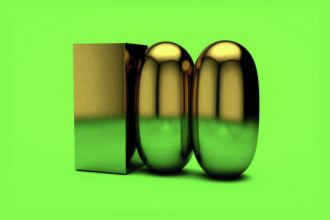 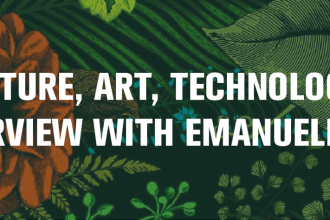