The impossibility of meeting others or going to see exhibitions due to the lockdown measures, persuaded institutions of the essential, imperative importance of digital culture.

Social distancing acted as a powerful push for the digital conversion of culture. Having to deal with the impossibility of offering cultural contents to the public in a “traditional” way, museums, institutions, and foundations resorted to social sharing. In other words, Social Media disclosed the vastity of this field of untapped potential.

Now the Web is literally overcrowded with virtual tours, live coverages, interviews, and featured contents. These are created and shared by arts galleries, but also by science museums, libraries and other — apparently more traditionalists — institutes, such as archives. In short, ‘to digitalise’ is the new and must urgent imperative, constituting the only means to prevent culture from being “cut out”. However, the process is not that simple, nor it is free from having a number of implications.

In fact, it is crucial to preserve the integrity and the context of cultural contents while sharing them through the Social Media. On the one hand, the process of digitalisation has to generate impact, on the other, the transmission of cultural values must not trivialise them.

The live streaming of Nico Vascellari has been at the core of the past few weeks discussion threads. The event was streamed through the Instagram page of Codalunga, a branch of the artist’s studio based in Vittorio Veneto, which is dedicated to experimental, hybrid projects.

‘DOOU’, a ritualistic gesture to launch Codalunga’s Youtube channel, Represents Vascellari’s latest response to COVID. The performance took place on the night between Saturday the 2nd and Sunday the 3rd of May.

In a total-white room, the artist, dressed in black and barefoot, was supposed to obsessively repeated for 24h the mantra ‘I Trust You’, on an electronic background. With one of his famous coup de maître, Vascellari stopped the performance just half an hour before its end, betraying the trust of his public, who was completely mesmerised by the virtual loop.

Besides all the observations that can be made on the event itself, the live-sound-performance experiment can be regarded as a successful artistic exhibition turned into a mundane event: people were commenting on something which was happening in real time.

We shall, however, reflect upon the necessity of these artistic expressions and on their impact in society — a role which, perhaps, has not been fulfilled yet. If, in the middle of its very own apocalypse, humankind does not and will not look at Vascellari to find its lost hope, the artist’s performance can be nonetheless interpreted as symbolically marking the slow resurge of the whole sector.

A number of items connected to the performance have been specifically produced to be sold during and after the event, such as the black flag with the yellow motto printed on “IN DARK TIMES WE MUST DREAM WITH OPEN EYES”. The profit will be used to support Vascellari’s next artistic event. This way, art can support art itself, by feeding a local, stateless, self-sufficient form of economy, while emphasising the importance and potentialities of its digital fruition.

Much has been said about the huge effort made by cultural institutions to overcome the challenges imposed by the current pandemic. They have organised a number of events, promoted fundraising campaigns, and digitalised their archives. The most revolutionary initiative is, perhaps, Florence Gallerie degli Uffizi’s opening of their TikTok account.

Over the past two months, the historical Italian museum has been conducting a huge campaign through the social media main platforms (such as Facebook, Instagram, and TikTok), organising virtual tours to showcase its entire collection. The Uffizi are demonstrating their ability to use digital tools in a productive way, while adding a touch of irony to their communication strategies.

Florence Uffizi is one of the many cultural institutions which have challenged themselves with TIKTok, the most popular social platform at the moment. The Met – Metropolitan Museum of Art di New York has joined the challenge, together with the Pittsburg Carnegie Museum of Natural History, and the Amsterdam Rijksmusems, which opened its TikTok account in early-April.

While this phase called the attention to previous digital commitment of museums, the current emergency has undoubtedly accelerated the evolution towards a digitalisation of culture.

To celebrate the World Art Day, on 15th April, Istanbul Borusan Contemporary added one new exhibition to its digital collection. We are talking about ‘Bill Viola: Impermanence’, the artistis’ first solo exhibition in the Turkish city, currently available through Google Arts&Culture. Until 13th September, art lovers can virtually walk through the exhibit rooms and fully enjoy Viola’s works by delving into the Digital Exhibition Guide.

Rome Maxxi offers online workshops, with plenty of materials to download. Trento Science Museum organises virtual labs. The Mibact launched a flashmob on Instagram, with the motto ‘Are you ready’? Other institutions are making use of less immediate platforms to promote their audio contents, such as Spotify.

The Nicola Trussardi Foundation launched the project ‘Viaggi da Camera’, to collect and share images, videos, and textual contents chosen by artists who give tours of their domestic spaces. Naples Madre is prompting artists and creative talents to re-interpret some keywords of the moment.

The examples mentioned above are strong signs of the profound transformations revolutionising cultural institutions, on the digital point of view. The relationship between social media and culture is not just a very current topic, representing indeed a strategic element within the contemporary scenario of cultural communication.

This process has been sped up exponentially over the past months. Before then, museums were not urged to offer their public digital contents. Perhaps, these institutions were not even fully aware of the huge potentiality of Social Media, which were perceived as mere accessories, rather than strategic tools.

The consequences of the so-called “digital revolution” still have to be fully seized, as well as the actual impact, in terms of fruition, of the many initiatives mentioned above.

What is evident is that institutions and cultural strategists are changing their communicative approaches. They are adopting multidirectional and multichannel strategies of digital communication whose aim is to take advantage of Social Medial for marketing purposes. Multifunctional socials such as Facebook, Twitter, and Youtube are among the most effective channels to share cultural contents, because they encourage the creation of user generated content, thus supporting the learning process and widely enriching content fruition.

On the operational level, there are a number of obstacles to overcome in order to realise such a revolution. The accurate transmission of the cultural heritage of museums will be one among the many demanding tasks to face. It will be imperative to avoid trivialisations of artworks’ identity — another major risks brought forward by this revolution.

The first objective will be to valorize, to enhance the material and immaterial heritage of these institutions. This can be done by adopting effective communicative strategies, whose role is to take into account the specificity and diversity of each cultural contexts, the identity of stakeholders, and the communication target. The choice of the most suitable channel will prove also crucial to drive cultural contents in the most impactful way possible.

Megatrend 2020, a crystal ball for the near future 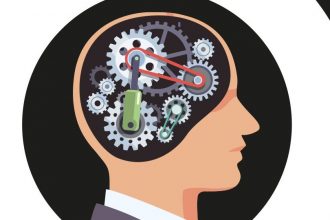