Among the new skills that have become increasingly fundamental to the world of work is the ability to apply the “Design Thinking” methodology, which has come to the forefront in recent years due to its ability to generate innovative responses to problems and concrete needs.

We have always seen designers’ intent on improving the appearance and functionality of products, but recently they have started to take advantage of the tools used to design and solve complex, large-scale problems. Companies were the first to embrace this new approach and now they have begun to adopt non-profit associations.

In Italy it is still a little-known methodology and a look at it with interest is above all the big companies that do it to solve problems within the company and more varied issues.

An anticipator of this methodology was California’s IDEO who applied it to any sector: «Design thinking is a human-centered approach to innovation based on the designer’s toolkit to integrate people’s needs, the possibilities of technology, the requirements for success in business, “says Tim Brown, CEO of the famous Palo Alto consulting and design company.

Fundamental is that the team has called to solve the problem, both highly heterogeneous, and with this it means that the members of the group must come from different sectors to analyze the situation from completely different perspectives. There are no immediate and direct answers, but rather interactive and non-linear solutions, where the experiment itself is already a result.

Even though the solutions might not be unique, the process of Design Thinking stands apart by using these five precise steps:

This is not a linear but a flexible process: one stage can lead to the next and also back to the previous one. For example, the last ‘Test’ phase can return to a new phase of Brainstorming and Ideation, and in the project several groups within the team can work simultaneously on multiple phases.

It starts with trying to empathically understand the problem to be solved, involving expert advice and trying to physically immerse yourself in the environment in order to obtain a deeper understanding of the scenario.

Talking about empathy is a crucial component of Design Thinking because the process is completely human-centered and bases its success in upon everyone’s ability to fully immerse themselves in the situation. The preliminary “empathization” phase involves collecting data, which is then summarized in the next phase in order to identify the problem. The “definition” phase helps the team to gather great ideas in order to establish characteristics, functions and any other elements that can unlock the solution to the problem.

This second phase then passes on to the third, in which the team is ready to generate ideas. All ideas are fine, as long as they are outside the box. Sessions of Brainstorming and generating Worst-Possible Scenarios are generally used to stimulate free thinking and expand the space of the problem.

In the “prototyping” phase, a series of versions is presented so that the right solutions can be chosen for each problem identified. The versions are implemented within prototypes and, one by one, are accepted and studied, improved and reviewed based on the user experience. By the end of this phase the team chooses the best idea and in the fifth phase, puts it to the test to make changes and improvements.

The process of Design Thinking uses design as “a disruptive, immediate tool that highlights cultural values ​​and that imposes itself on the identity of brands”, as designer Michael Bierut, whose name is linked today with Pentagram, says. large independent design companies. Bierut sees design as a form of direct storytelling because the brain has a preferential relationship with images, which it interprets at a greater speed than words.

In essence, Design Thinking is a cultural dimension. Any sector, from market analysis to business improvement strategies, can be involved. It’s about getting out of the box, answering questions. Design has its own creative formula that stages new environments and new everyday uses, foreseeing the needs of the future. In each new project, it is part of this process to collect different themes and skills to create innovative objects, and today, it can be used to address critical social, political, cultural and environmental problems. 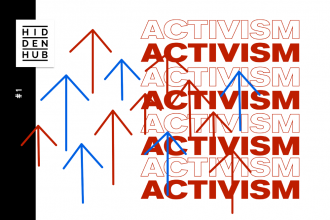 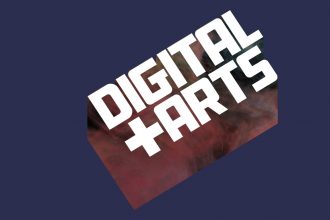 The Intersection of Art and Technology: how augmented reality art forms have transformed the way viewers interact with the real world 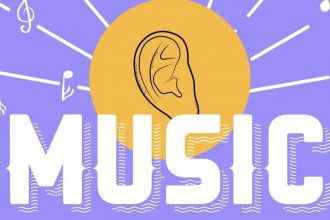